How to manage your credit card debt easily

On of the world’s largest auction houses for classic and unique cars, Barrett-Jackson hosts annual auctions and lifestyle events that draw nearly half a million people. Since its founding in 1971, the company has continued to grow and innovate, becoming the first classic car auction to offer live Internet and TV coverage.

The Scottsdale 2021 auction is scheduled for Saturday January 16 through Saturday January 23 at WestWorld of Scottsdale. The organizers promise an improved and safe experience, following CDC guidelines, while maintaining the excitement and quality of Barrett-Jackson events. One of the things that hasn’t changed is the huge selection of rare, unique and premium cars that will be available at auction.

“We sold a 2018 Ford GT at the October auction for $ 1.2 million and set a world record. We have similar models that will be at our next auction including a 2018 Heritage Edition with less than 20 miles and a 2017 with less than 80 miles. We’re going to have a diverse fleet of vehicles, from an LS6 Chevelle to a Ram Air convertible, which is ultra rare. Our October auction was a huge success and we sold 100% of the cars, setting over 20 world records. We also have a lot of great cars lined up for our January auction. “

When COVID-19 hit, Barrett-Jackson immediately switched to online auction formats, which replaced its Palm Beach and Northeast auctions in May and July 2020.

Last October, the company celebrated its return to live events by hosting its first fall auction at WestWorld of Scottsdale. Evolving from previous live auctions, the event featured larger spaces ensuring proper social distancing was followed, plexiglass dividers to maintain secure barriers between guests, and contactless transactions. Attendance was also limited, temperature checks were carried out, and everyone wore masks according to CDC guidelines.

“Our October event was a hybrid of a regular Barrett-Jackson auction combined with enhanced security protocols. The city also upgraded the site with ion generators in all air conditioning units to pump fresh, clean air throughout the event. We have received many accolades from people who have seen how seriously we take this. Our goal is to bring back live events in the safest way possible. “

The restaurant and hospitality industries have been hit particularly hard by the pandemic, so Barrett-Jackson decided to hold the fall auction to help struggling local businesses make up for lost revenue.

“A lot of these businesses make a lot of their income in the spring and summer when there are a lot of visitors to the area,” Jackson says.

“We wanted to help them, and we want to do the same in January for our next auction. Our goal is to take care of all of our customers and bring business back to the region. We are one of Scottsdale’s premier events and we must set an example for others while keeping people entertained in a safe way. Everyone wants to get back to some sort of normalcy, and if you follow all of the proper protocols, it can be done. “

Barrett-Jackson held its first auction in 1972 next to the Safari Hotel in downtown Scottsdale. Over the years, it has grown and has become the flagship event of the company. Now Barrett-Jackson produces auctions in Palm Beach, Connecticut and Las Vegas and has multiple television partnerships. Jackson is also planning a special celebration in 2022 in honor of the company’s 50th anniversary.

“We were the first car auction company to be broadcast live on television,” Jackson said.

“When I took over the business 25 years ago, I sent questionnaires to all my clients to find out more about what they wanted, and some wrote me long letters. We listened and as a result Barrett-Jackson became a way of life. People associate quality with entertainment at Barrett-Jackson. It’s a bucket list event for anyone who loves vintage cars.

Another important aspect of Barrett-Jackson events is the company’s commitment to giving back. To date, he has raised over $ 127 million for various charities; and special vehicles are donated and sold, with 100% of the proceeds going to a charity chosen by the car donor. Previous recipients include the Boys & Girls Club of America, Detroit Children’s Fund, Arizona Make-A-Wish Foundation, Arizona Animal Welfare League and many more.

“I love fundraising on the auction block for charities,” says Jackson. “It’s also great fun having different celebrities and prominent personalities attending our events and supporting various organizations and causes. “

One year, Aerosmith frontman Steven Tyler donated his 2012 Hennessey Venom GT Spyder, which sold for $ 800,000, with all proceeds going to his charity Janie’s Fund, an organization that provides assistance to girls. who have been abused and neglected.

Previously, Simon Cowell donated his 1977 Ford Bronco Custom SUV and 2009 Bentley Azure, while Blink-182 drummer Travis Barker donated three vehicles from his personal collection, including a 1960 Cadillac custom. Other celebrity vehicles that have also made appearances in the Scottsdale auction block include the Lincoln Town Car Cartier L by music legend Johnny Cash in 2001, the Rolls-Royce Corniche Convertible by Dean Martin in 1980. and Howard Hughes’ Chrysler New Yorker in 1954.

The Barrett-Jackson online auctions have been successful, providing an opportunity for those who cannot attend in person to be a part of the experience and to bid on cars. Jackson says the online format has drawn buyers from all over the world, with one of the charity cars someone bought in Australia.

“We plan to offer more in the future, in addition to our live auctions. The other thing that we’ve really improved is our feed, which is broadcast quality. These are the same components that make up the TV broadcast but are put together a little differently for a stream. “

Following the Scottsdale auction in January, Barrett-Jackson is hosting the Palm Beach auction April 8-10 at the South Florida Fairgrounds. Barrett-Jackson Live, special television programming on FYI and the History Channel, which will also be distributed worldwide by A + E International. Jackson looks forward to providing attendees with the fun and entertainment they expect from a typical event coupled with all required safety protocols. He wants to continue to be a good steward while looking after his employees and customers in the best possible way, in addition to running the company that he is passionate about after all these years.

“I’m not the type of guy who sits in a rocking chair after retirement,” says Jackson.

“They said if you choose a job you love, you never have to work a day in your life. I like what I do; it is my hobby and my business. I am enthusiastic about the future of our business. We have moved to a new headquarters and have built a full studio where we plan to produce more TV and web content. What we practice at our corporate premises is what we practice at our live events. I want to keep our team and clients as safe as possible while getting back into business and enjoying a hobby. People need something to look forward to, and they miss their friends. Even though people can’t get close and kiss for a while, at least with our events, they can be with their friends in a safe way. At Barrett-Jackson, we are family. 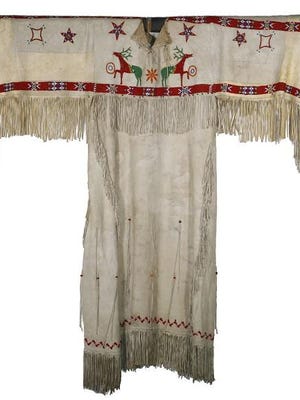